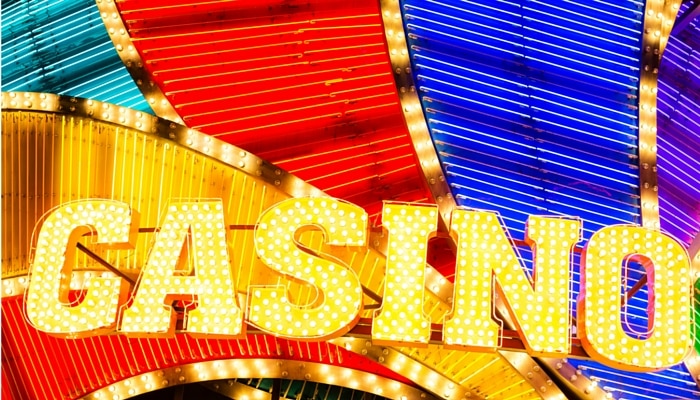 Posted at 14:27h in Business by Admin 0 Comments
0 Likes
Share

Have you ever wondered where it all started? How we have ended up with massive hotels/casinos in Vegas like the MGM and the Luxor?

Well according to records, the first ‘casino’ , the Casino de Venezia, was in Venice, Italy in the 1630’s (and is still operational now). However, in the 19th century, the word casino came to include places where any number of activities could take place. The actual meaning of the word is a ‘place specifically built for pleasure’ and were used for civic functions such as music, dancing and gambling. When casinos first came to notice, they were not actually built for playing. For example the Hanko Casino in Finland has never been used for gambling and is now a restaurant.

In America, they called them saloons and travellers could stop, have a drink and gamble. Until 1931, gambling was outlawed in the US but was then legalised in the state of Nevada and Las Vegas and that’s where it all began. In 1978 Atlantic City also legalised gambling and has now become the second largest gambling city in America.

Poker games can be traced back to the Persians and Italians but the English are thought to have developed the game Hazard. This game was mentioned in Geoffrey Chaucer’s Canterbury Tales in the 14th century and is played with two dice. It was very popular in the 17th and 18th centuries and was often played for money. The rules were very complicated but were simplified to develop the game ‘craps’ which is still played today in North America.

Apparently Napoleon loved vingt-et-un (Twenty one or Blackjack) and Roulette can also be traced back to the French, although when looking into the history of the game, it is thought to have been originated by the Egyptians.

When Twenty-one was introduced in the US, gambling houses offered a bonus to entice players to the tables. This consisted of a ten to one payout if the player’s hand contained an ace of Spades and a black Jack of either suit. The name ‘Blackjack’ stuck although the bonus payments stopped!

Roulette came to notice in France in the 17th century and has been played as it is now since 1796 in Paris. The first roulette wheels had a red pocket for a single zero and black for a double zero. This was changed to green to avoid confusion in the 1800’s. In 1801 the book ‘La Roulette’ was published and described these pockets as “reserved for the bank, whence it derives its sole mathematical advantage”. The double zero wheel is found in the US, Canada, South America and the Caribbean and the single zero everywhere else. The pockets of a roulette wheel are numbered 1 to 36.

In 2009 Darren Brown bet £5000 of someone else’s money (!) on a roulette table somewhere in Europe, bravely predicting that he would know where the ball would end up using the law of physics, based upon the speed of the wheel and the ball. After only three seconds he placed his bet on the number 8 only for the ball to end up at number 8’s neighbour, number 30. Oh dear…perhaps that’s why the sum of all the numbers 1 to 36 is 666…….

Casinos are still increasing in popularity especially in the Asian countries and now host live entertainment events such as high profile boxing matches and music concerts. There is concern over the fact that online gambling will take over from the traditional casino but will this ever happen? The attraction of the atmosphere, the glamour and the buzz from one of these exciting venues will always win… I’d bet on that!!

If you are looking to book a fun casino event in London or the South East at any venue, large or small, then contact Cathy at Funky Casinos on 07798 904 508 or fill out the enquiry form here