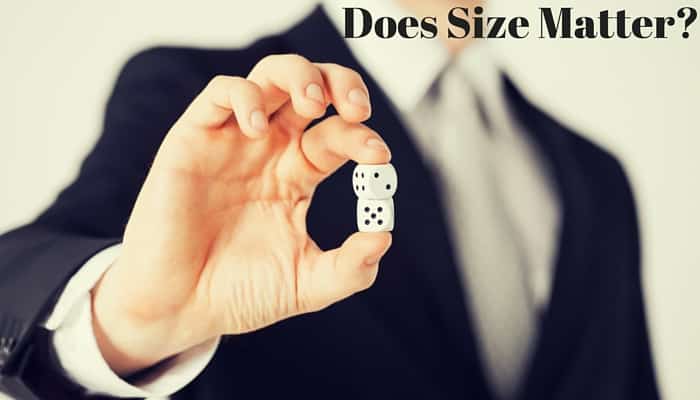 Posted at 16:05h in Business by Admin 0 Comments
2 Likes
Share

When it comes to casinos, does size really matter?

Well, the smallest casino has just been unveiled and it’s in Birmingham in a black cab!

The taxi, which has been launched by Birmingham’s Grosvenor Casino has it all – internet gambling facilities, a gaming table with croupier, a TV and a bar. What more could you want?

On the other side of the pond, you can visit the local mini market and have a flutter at the same time. Santa Ysabel situated in North County, San Diego measures 600 square feet with 349 slot machines. Unfortunately, it is located in a remote area and has been struggling with debts for years….unlike these big players….

Opening in 2007, The Venetian Macao in Macau, China is the world’s largest casino standing on 10,500,00 square feet. It has 870 tables and 3,400 slot machines and cost a cool $2.4 million to construct. It was built by the American business magnate Sheldon Adelson who was also the founder of the Las Vegas Sands Corporation. In 1988 he purchased the Sands Hotel & Casino in Vegas but whilst honeymooning in Venice, he came up with the idea of a hotel based on that location. In 1991, he demolished the Sands and built The Venetian and the rest is history. He’s now 83 and worth $28 billion.

The famous Bellagio in Vegas boasts 2300 slot machines with a top prize of $2 million. If you’re one of the privileged few, you can have the opportunity of playing in Bobby’s Room – a poker room named after Bobby Baldwin, the 1978 World Series Poker Champion, but take lots of money with you….the minimum buy-in is $20,000.

The fountains are pretty spectacular too and attract plenty of tourists keen to throw their coins in. The lake is cleaned every month and a giant vacuum is used to remove everything from the lake floor. Money is donated to Habitat for Humanity and is thought to be in the region of $12,000 every year.

Of course, most of the larger casinos are in Las Vegas and include the MGM, the Wynn and the Rio but the Casino de Monte Carlo is up there with the ‘big boys’. The casino is a public company jointly owned by the government and the monarchy and until recently, was the main source of income for the House of Grimaldi. Strangely, the citizens of Monte Carlo are not allowed entry and this is strictly enforced with identity documents checked at the door.

So does size really matter when it comes to having fun at the casino? No, I don’t think so. The atmosphere can be electric whether you’re playing in the back of a black cab or at the Bellagio. Funky Casinos can recreate this for you wherever you want – if you’re looking for a fun event in the South East at a venue of any size, then have a look at the website or call Cathy on 07798 904 508.